On March 9th, the "Chinese Style New Year Commemorates" Makeup Parade in Coutances, France made a successful conclusion of the first “Creative Fireworks Chinese Year” Event, which lasted for more than half a month.

The red lanterns, the joyful couplets, the dragon dances, the laughter, the bustling crowds have made the streets of Coutances more lively than ever. On the same day, nine city officials including the Mayor of Coutances, Mr. Yves LAMY, attended the event. Several performance groups from Paris, Chinese citizens and students, local French people flocked to the neighborhood. More than 300 local people wearing Chinese traditional costumes participated in the parade, and went to the streets together with men, women and children wearing Normandy national costumes: joining in "singing Liuyang River together" in the form of a multinational orchestra; holding oil paper umbrellas and performing cheongsam show; wearing creative fireworks masks, laughing and posing. Performances including calligraphy, lion dance and tea art have won everyone's favorite. The Coutances Youth Association has created a fun-filled fashion party and performance art party under the theme of creative fireworks. 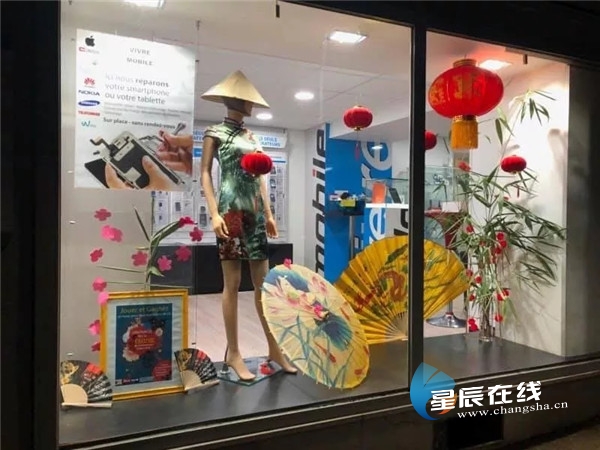 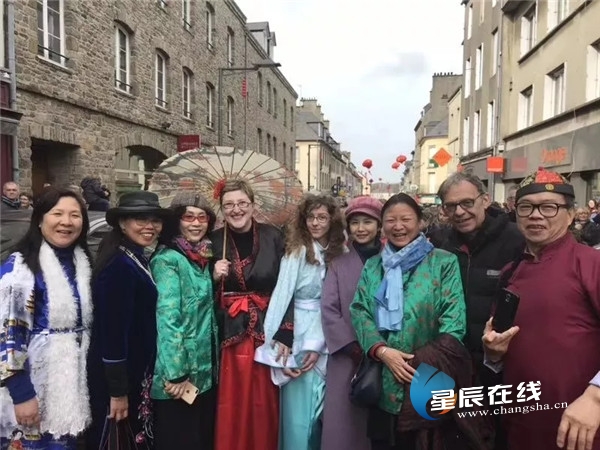 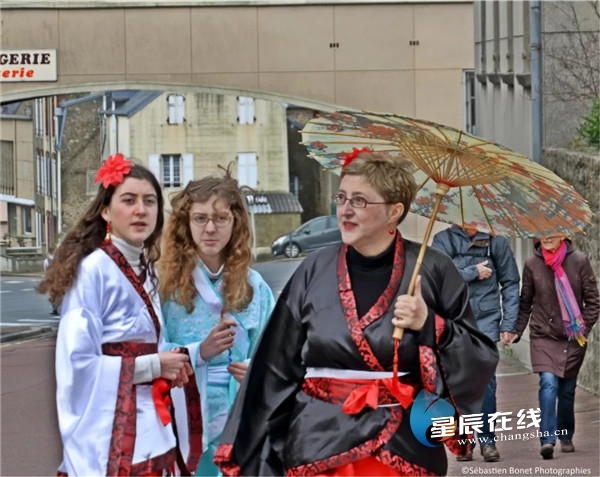 This year marks the 55th anniversary of the establishment of diplomatic relations between China and France. The City of Coutances in Manche, 64 towns in Coutances-Coast, and the French-Chinese Friendship Association of Manche together with the Liuyanghe Cultural Industry Park launched the "Creative Fireworks Chinese Year". As an important part of Coutances' "Chinese style" Sino-French cultural exchange activities, it includes creative fireworks mask show, Sino-French fireworks art salon, Chinese style dress show, traditional lion dance performance, creative fireworks art styling contest and so on. 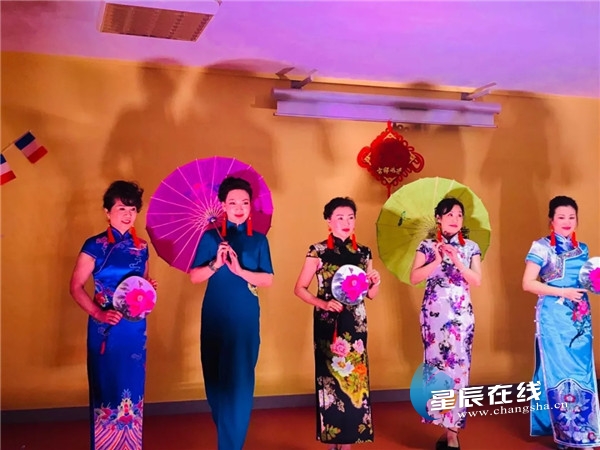 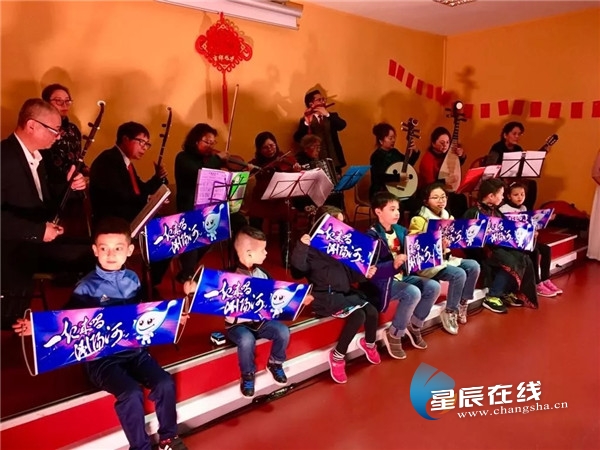 The event attracted the participation of more than 50 shops and 5,300 people. More than 10 French media reported headlines with the titles of "Coutances became Liuyang" and "Chinese wind blows to Coutances".

Previously, the Liuyanghe Cultural Industry Park launched the "Sing Liuyang River, Meet Hunan in Normandy" Props Story activities. More than 50 students in Weimei Middle School painted the "Liuyang" featured looks on oil paper umbrellas, grass cloth tribute paper and masks under the theme of "Liuyang River" and "Liuyang Fireworks". With the vision of building friendship between China and France, representatives from the Industry Park traveled across the sea to France and communicated with local fireworks trading companies to gain a deep understanding of French cultural expectations for fireworks. 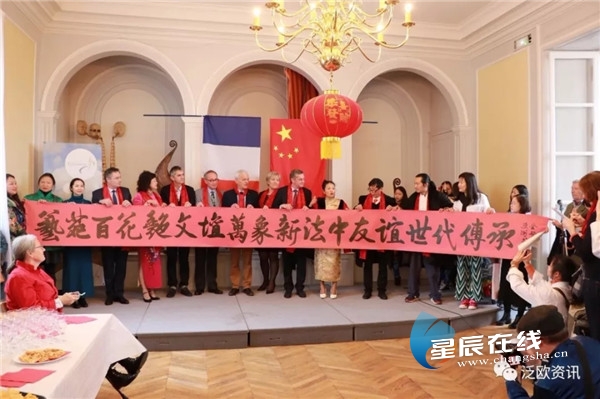 Coutances is a small town with a population of only 10,000 people in Paris, France. There are only four Chinese people in the area. The population base and cultural atmosphere there add some difficulty to the launching of the event. From another perspective, it also gives unlimited possibility and space for the event.

"I am a Chinese girl who married to a French guy. I have always hoped that my hometown Liuyang and Coutances will become sister cities. These props are far more than creative masks, oil paper umbrellas and grass cloth. They are the fruits of Liuyang culture and the blessings of the two cities." Xiao Xia shared these cultural products with her French friends from the makeup parade. Everyone loved these cultural products and said that with them they could feel the Chinese looks more realistically and they would kept these cultural products as collections at home.

The "Creative Fireworks Chinese Year" is based on the concept of cultural integration between China and the Western countries, cross-regional folk exchanges, and creative development of the industry chain. It activates the emotional resonance, value fusion and industrial excitement in the depths of the people, and finds the form and embodiment of sharing and win-win. It is a broader and deeper expansion and innovation of the "Singing Liuyang River Together". Gao Zhi, director of Liuyang Cultural Industry Park Management Committee, said, "In recent years, based on the idea of 'Liuyang Cultural and Creative Industry Going Global', Liuyanghe Cultural Industry Park has cultivated a number of cultural and creative brands with innovative contents, such as 'Zhen Liu Ji' restaurant, which has been spread to the United Nations, and the children’s drama 'Mulan Joins the Army', which was performed in the United States. Creative fireworks, as a cultural and creative industry that has grown from the profound root of the traditional fireworks industry, will take advantage of this event, gathering global resources to extend space for creativity and find a new growing way in Hunan cultural innovation system. "